President's Message: Don't Get Too Lost in The Fishing 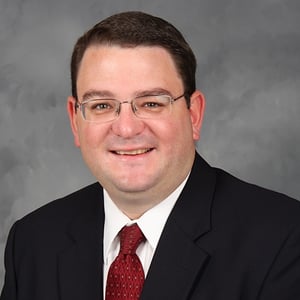 If you're like me, you probably don't spend all your time with a gun in your hands. On occasion, I've been known to pick up a fishing rod. As a kid, it was not uncommon for me to bring a fishing rod with me to the field and take a "long lunch" to fish in the river.

My grandfather, who fished religiously three times each day, would sometimes be just up the river and I'd join him for part of the time as well. In his retirement, fishing was life.

I caught his bug just a bit I guess as I was either clever enough or just crazy enough to talk my wife into a northern Saskatchewan fishing trip for our honeymoon. It was 24 years ago this month. And it's a trip I'll never forget, for many reasons. Though some reasons I'd just as soon forget.

We were married in December the year before and had to put off the honeymoon. Family friends owned a lodge on Reindeer Lake, so I was able to get a small discount. It seemed the "perfect" opportunity for us to get away. Not sure my new wife was convinced this was the best honeymoon idea, but she liked to drive, and it was about a 16-hour drive, so hey, we both win!

I obviously won't recount the entire trip here, but there was one particular day that left an indelible mark on both of us. The day started out cold and dreary, and my wife and I were flown to a somewhat remote nearby lake with the 16-year-old son of the lodge owner. I'd known him all his life, so we thought this would be a great time, despite the brisk spring weather. And hey, we had rain gear. So, what could go wrong?

The fishing was spectacular. We caught giant Northern Pike left and right. They were ferocious. The rain continued to fall, but I didn't care. I was happy, our guide was happy, and my wife was tolerating it, and catching a few fish too.

So here's the part of the story where I tell you that it's important not to get too lost in the fishing. I didn't understand and was oblivious until almost too late, that the weather was also growing ferocious, and my wife's rain gear was nowhere near the quality of rain gear that I had on. With the weather worsening, we found ourselves, in a very small 14-foot Lund fishing boat, miles from the pickup point with thousands of whitecaps between us and there.

It was scary. My wife was probably on the verge of hypothermic shock, and our young fishing guide was pretty sure we were going to be spending the night underneath the boat on a random shoreline. The float plane was definitely NOT going to be picking us up. Our only hope was to drive the boat as close to the lodge as we could get and hike the last couple miles on foot on a treacherously winding and infrequently used trail. But first, we had to get there.

After trying to wait out the storm, I realized my wife wasn't getting any warmer. I urged our young companion to make a run for it in the boat. We did. Thankfully we're here to tell the story. It was probably not the smartest decision we've ever made. (For those of you still reading, the smartest was marrying this woman, who agreed to go fishing for our honeymoon.)

It's crazy sometimes to realize the things you've gone through to get from there to here. It made us stronger. I think it made us smarter. And it definitely convinced me of a few other things…

Fortunately, the risk paid off for us that day. We got back, and hot cocoa was waiting for us. As we settle into another summer in the shooting sports industry, I pray you do not have any whitecap, and white-knuckle boat rides ahead of you. Here's hoping that this summer brings only sunny skies, lots of big fish, and warm weather to your business operations. I'm still hearing positive things from around the industry, so I hope that's the case for you.