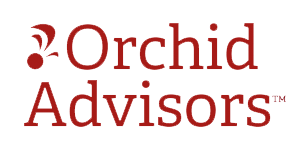 Every month Orchid Advisors provides NASGW members with a summary of legislation across the 50 States.  We endeavor to only publish information on bills that have a direct or immediate impact to your firearms business.

After a busy June, the volume of firearms legislation in state capitols being introduced or passed in July was reduced considerably.  Here is a look at some of the notable legislation that saw activity this month:

AB 336 was introduced July 16, 2019 and proposes a 48 hour waiting period following a background check before a dealer may transfer a handgun to a purchaser.  This bill is currently pending in committee.

This bill would have limited consumers to the purchase of one handgun in any given 30 day period, with certain limited exceptions.  The Senate’s Committee for Courts of Justice voted to pass by indefinitely on 7/9/19, which more often than not means this legislation is dead.

This bill would have required background checks for all firearm transfers in the Commonwealth of Virginia.  The Senate’s Committee for Courts of Justice voted to pass by indefinitely on 7/9/19.

This bill would have implemented an assault weapon ban, as well as a ban on large-capacity magazines and silencers.  The Senate’s Committee for Courts of Justice voted to pass by indefinitely on 7/9/19.