9mm Micro-Compact Sales on the Rise 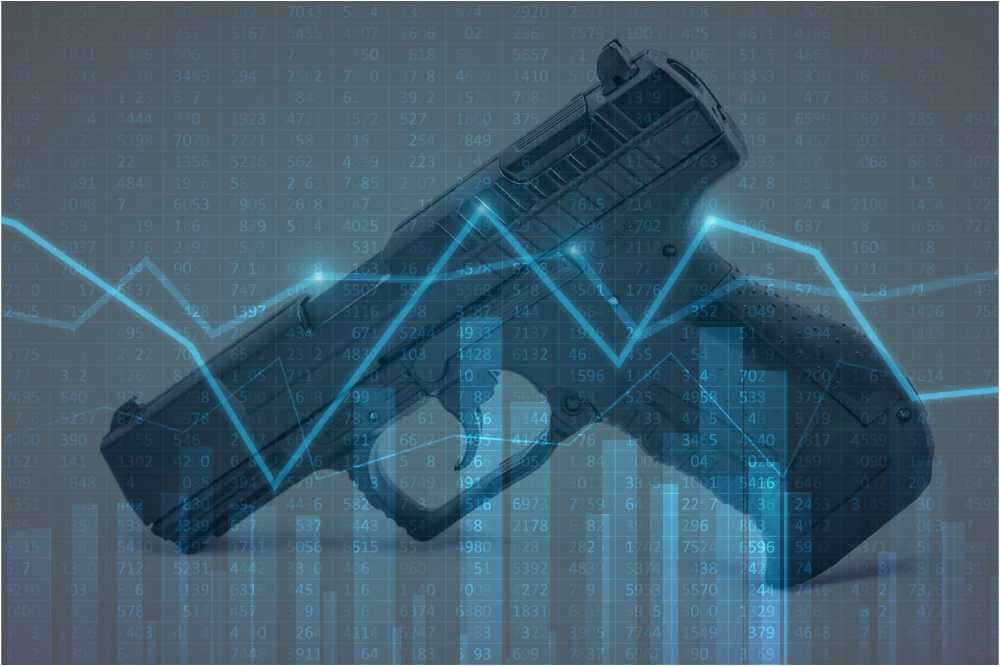 Cellphones, mp3 players – the original trend was to make them as small as possible. Compact, easy to transport and slip in a pocket. Nowadays, it seems as though manufacturers and the market are heading in another direction, newer phones hardly fitting in a jeans pocket with larger screens not unlike a small tablet. Storage and capacity are still top of mind, but remote cloud service storage options reduce the necessity of internal storage.

Handguns have also gone through a similar evolution in recent years with the rise of concealed carry. Consumers are looking for easily concealable guns and manufacturers have responded with smaller guns and more rounds packed into a tinier frame. With releases like the new SIG SAUER Macro, a larger but still concealable pistol, are handguns following the trend of electronics? The data says no.

SCOPE reports on 9mm semi-automatic handgun shipments separate pistols into several categories based on barrel length: full size, compact, sub-compact and micro. Every manufacturer and media outlet tends to have a slightly different definition of a micro-compact gun. For SCOPE analysis, a micro-compact gun has a barrel length of fewer than 3.5 inches and single/staggered stack magazines. 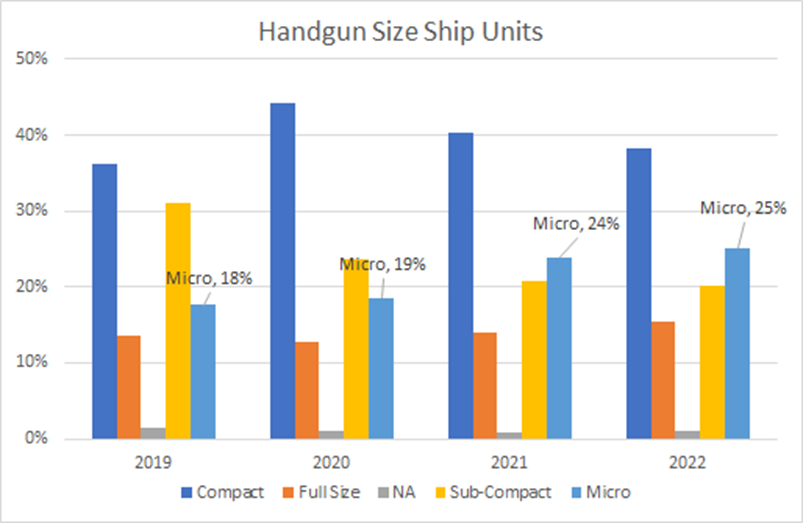 Much of this may be due to demographics. It’s no secret that the U.S. gained several million new gun owners over the past several years, many of them first-time gun owners. With the uncertainty of the COVID-19 pandemic and political unrest, Americans looked for ways to protect themselves.

According to a 2021 survey conducted by the National Shooting Sports Foundation (NSSF), approximately 30% of all 2021 firearm purchases were by brand-new gun owners, totaling near 5.4 million people. While down 10% from 2020’s statistics, these are still big numbers.

The 2021 survey also revealed that over 33% of first-time gun buyers were women. It’s reasonable to assume the rise in micro-compact sales is at least partially due to the rise in female gun owners. No matter how you spin it, it’s impossible to deny women generally have smaller hands than men and different concealed carry preferences. Dozens of articles exist online and in magazines listing models ideal for concealed carry as well as considerations to take when carrying concealed. The general consensus is that though smaller guns have more recoil than larger frames, they are lighter and more easily concealed whether in a purse or in a holster.

As mentioned earlier, micro-compact handguns represented 25% of the 9mm semiautomatic guns shipped to distributors in 2022. This was also the only segment with productive inventory in 2022, with a smaller percentage on hand than sold.

Jason Cloessner, Vice-President and Product Development Manager at Lipsey’s, lent specific insight into when the market changed. “Ruger really changed the game in 2008 when they introduced the LCP. For several years everyone was chasing the small 380 market. Fast forward to 2011-2012, we saw the rise of the single stack 9mm offerings from all the major players. The single stack 9mm’s really dominated the market until 2018 when Sig upended it all with the P365. Now it is safe to say that to have a successful Micro Compact it must be no bigger than 1” wide, have a minimum of 10+1 capacity and ideally have an optics cut slide.”

SCOPE data shows the number of micro-compact models available for purchase has grown significantly in the past few years. In 2019, there were seven 9mm micro-compact semi-automatic handguns on the market. Today, there are over 20 with more announced seemingly every day. Companies who haven’t historically produced pistols are also hopping on board: Mossberg with the MC2sc and Savage with their new Stance. 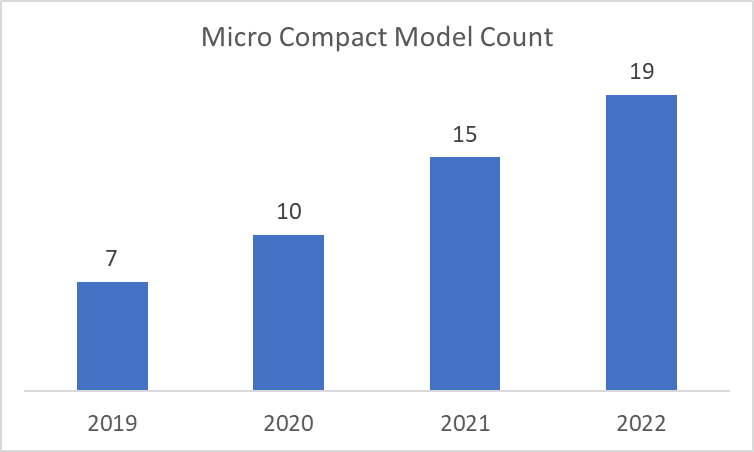 Cloessner confirmed there isn’t one standout micro-compact model, but there are some notable trends. “With the unprecedented demand for handguns, especially Micro Compacts the last 2.5 years, it’s easy to say all of them have been popular. I do think we will be able to start seeing where things truly fall out in 2023. The SIG P365 continues to be very popular with SIG leading the innovation in the Micro category… The Glock 43X has taken over the G19 as the most popular Glock for a lot of dealers…Springfield’s Hellcat series remains a strong seller and Taurus has made a lot of headway with the GX4 series.”

To appeal to more consumers, many distributors, including Lipsey’s, offer special distributor models of popular guns, though these were previously limited due to shortages. “We had the first variant of the P365 in our NRA Edition P365,” Cloessner said. “That model continues to be one of our bestselling exclusives. We have had and do have several models from Ruger, SIG, Glock, and Taurus. Now that the COVID era shortages are starting to subside, I anticipate many more exclusive editions in the future. “

Cloessner also commented on the release of the SIG SAUER P365X-Macro and the idea that bigger guns may be making a comeback. “Instead of guns getting smaller in 380 and 9mm, we are trending back to slightly bigger models like the Springfield Hellcat Pro, Glock’s 43X and 48, the SIG P365XL and the just released P365X-Macro. The market has come to appreciate the thin 1” wide platform and now want it in their ‘duty size’ guns too.”

These slightly bigger models fit somewhere between micro-compacts and sub-compacts as they are often have a slightly larger capacity or slightly longer slide than their solidly micro-compact counterparts. Barrel length puts them in one category or the other, but their resemblance to and lineage from popular micro-compact models combined with industry trends make things a bit more tenuous. While this area is still developing, there’s no denying that micro-compacts have carved out a sizable space in the 9mm semiautomatic handgun market with room to grow.

Stay connected with happenings from the shooting sports industry and important news from the SCOPE™ suite of solutions.