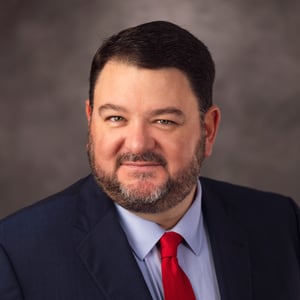 First of all, Happy New Year! I am thrilled to welcome the year 2021. I know for certain we have a lot of challenges and changes ahead, but I’m going to use all the grit I have to grind out a successful year, and when and where I struggle, I’ll grin and bear it.

I know you’ve all heard the saying from the Greek philosopher Epictetus, “It’s not what happens to you, but how you react to it that matters.” Well, years ago (in 2008 to be exact), I received a calendar from a local charity that had these sorts of phrases on each daily calendar page. It was filled with inspirational quotes and sayings designed to keep you motivated throughout the year.

How do I know it was 2008? Because many quotes made an impact, so I tore the pages out and stuck them up on my desk. Over the years I’ve replaced some of them with others, but still today, I have a variety of these messages staring me in the face. Because I’ve been in the office a lot more than usual this past year, I’ve had the opportunity to see the “inspiration wall” more frequently. And I’d be lying if I said I didn’t need it a bit more in recent months.

In the role as president of NASGW, I receive a number of calls. Some are folks who want me to help locate a gun because they think we’re a giant store… or something. Some want to know why there’s no ammunition (I think supply/demand has something to do with it) and are hoping I can put them in touch with someone who can get it to them. Some believe the NASGW has a secret warehouse filled with ammunition and want me to send them as much as I can. Thankfully, these calls are few and far between.

Some of the other calls I’ve been getting or participating in though, have been considerably more in depth, focused and purposeful. These calls have been about the state of this industry, our future, our ability as honest and legal businesses to conduct that business in a world where it seems to grow more and more difficult every single day. And these are not the sorts of people willing to sit back and have things happen to them, they are the kind of people who want to make a difference by getting out and getting things done. There’s a movement underway. And it’s a good thing.

If you haven’t been paying attention, our new President-elect has been rather pointed in his desire to make a difference about gun violence and to do it at the expense of the shooting sports industry. Don’t believe me? Just check out his campaign website. You’ll get all you want to read and then some.

He outlines a lot of new “laws and rules” but not a lot of enforcement of the “laws and rules” we already have. He very pointedly states that he’s out to get the manufacturers of guns and of course the NRA. And by that, he effectively means, our entire industry. I can only assume I should take him at his word. You probably should too.

Make no mistake, it will take all of us, working together and working overtime to state our case and to work with our friends and supporters across the country, to share our positive messages with the public and with our local, state and national leaders. We have millions and millions of new gun owners who can help us spread that message and who can help us stand up for our 2nd Amendment rights.

Freedom and liberty are not dead. Our necessity as an industry to stand up and state our case, definitively, has arrived. If you’ve been taking a nap or you’ve been out of sync, well, it’s time to wake up… it’s time to use all the grit we can muster, as we grind toward the future and grin (if needed) while we do it.

So let’s react to all that’s taking place with positive energy and renewed determination. We got this!