Chairwoman’s Message: A Glimpse Into the Future at NASGW

Wow, what an exciting time to be a member of NASGW. Our organization is really taking some major steps forward to position two-step distribution at the forefront of the shooting sports industry. In Las Vegas last week, we announced the recent acquisition of CLX and the upcoming integration with our SCOPE platform.

Can you believe it is already the end of 2019? This year has flown by. I sincerely hope that you all have had a wonderful Holiday Season. It is a busy time of year for all of us with parties, family get togethers, sporting events, year-end tasks for our businesses and planning for the new year.   Lastly, it’s time to get one more piece of dessert in before the inevitable diet of 2020 begins.

Chairwoman’s Message: So Much to Be Thankful For

This time of year, we can’t help but count our blessings. Thanksgiving brings us together with family and friends to reflect on what really matters in life. Thanksgiving is truly my favorite holiday. One of the reasons may be that the weather finally turns cool(er) in Louisiana, as Fall is the season of change. Holiday time brings out smiles, laughter, family gatherings, and of course, cooking. I can’t say that my kids have memories of waking up on Thanksgiving morning to me cooking hot, fresh muffins or to a pumpkin pie baking in the oven in time for our feast. 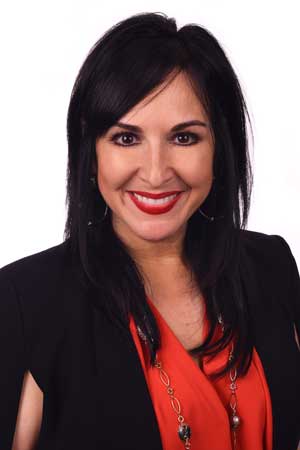 The 2019 NASGW Expo is in the books, and the foundation is laid for 2020. What an exciting week on so many levels. We hope you all had a great Expo. I want to thank everyone who joined us in Orlando. And wow! What did you think of Alison Levine? The comments we’ve heard have all been outstanding. The message that stood out the most was, “Just because you take a step back, doesn’t’ mean you’re going in the wrong direction.” How true!

Chairwoman's Message: Ready or Not, Here We Come!

Comfortable shoes?  Check!  Briefcase?  Check!  Calendar, appointment schedule, paperwork and electronics?  Check!  Mouse ears?  Check!  That’s the start of packing my suitcase for Orlando with maybe the exception of the mouse ears…..and perhaps I’ll throw in some shoes that aren’t as comfortable as I’d like.  But I will be ready and I’ll be excited to greet all of our fabulous industry peers at the show and in our favorite watering holes.

As summer comes to an end and the fall season is peaking around the corner, many of you have begun attending college football games, and kids are back in school. This means numerous trips to crowded Wal-Mart or Office Depot stores for school supplies. Perhaps you’re moving your son or daughter into a new dorm or apartment. I just did it. Twice. With four trips to Target and five trips to Bed, Bath, and Beyond behind me, I feel that my girls are as settled as they could possibly be.

I even tried something new, and it definitely wasn’t by choice. I was charged with putting my daughter’s shoe rack together, which came in a box with a thousand pieces. Not my thing, but I knew I had to do it. Cussing the entire time, I finally accomplished what I set out to do, and it wasn’t so bad after all. In fact, I did a pretty good job. While this simple task may be routine for many of you, it was new for me, and I passed with flying colors despite being reluctant even to try.

Chairwoman’s Message: Preparation is Everything

A water bottle. Granola bar. Sunglasses and a hat. Kleenex.  Cash and a credit card. Cell phone and headphones. And don’t forget a few business cards in case you meet someone on your hike. I’m all prepared for my morning exercise. It doesn’t take long to get ready because I’m in a routine of grabbing the same stuff day after day. I just wish there was a fanny pack that had a cup holder for my morning decaf too.

As the shooting sports industry hits our normal summer slowdown, it’s a great time to reflect on the interesting year we are experiencing. As our recent monthly report from NASGW’s SCOPE™ program shows, it’s not all doom and gloom. Yes, firearm sales are slower than previous years but as we dig a little deeper, we continue to see strong handgun sales as well as ammunition. In year three of the Trump administration, the politically fueled gun grab is in the rearview but there is another election year on the horizon. Will our industry see a similar scenario that we saw in 2016? We shall see.

July is upon us, and it has left me wondering, where has this year gone? In a blink of an eye, we are halfway through 2019. I am looking forward to the 4th of July holiday and celebrating the freedoms that we are so gratefully granted through the promise of democracy.

There is nothing like celebrating a holiday just as you “expect” to.  At Thanksgiving, you eat a big meal with turkey and all the fixings, then you watch a football game or go to the movies.  On the 4th of July, you enjoy the festivities while wearing red, white, and blue, take in a parade or listen to patriotic music, light the BBQ grill for hamburgers and hot dogs, swim in the neighbor’s pool, watch the fireworks, and be grateful that you are an American and live in the greatest country on the planet.  That’s what you expect to do.

My oldest daughter just graduated from Tulane University and we took a family vacation to Italy to celebrate before she moves on to the next important phase of her life — the real world.

As I sat down to write this column halfway between Florence and Siena, I was reflecting on this past Memorial Day weekend and how so many of us have celebrated with family gatherings, vacations, and special events.